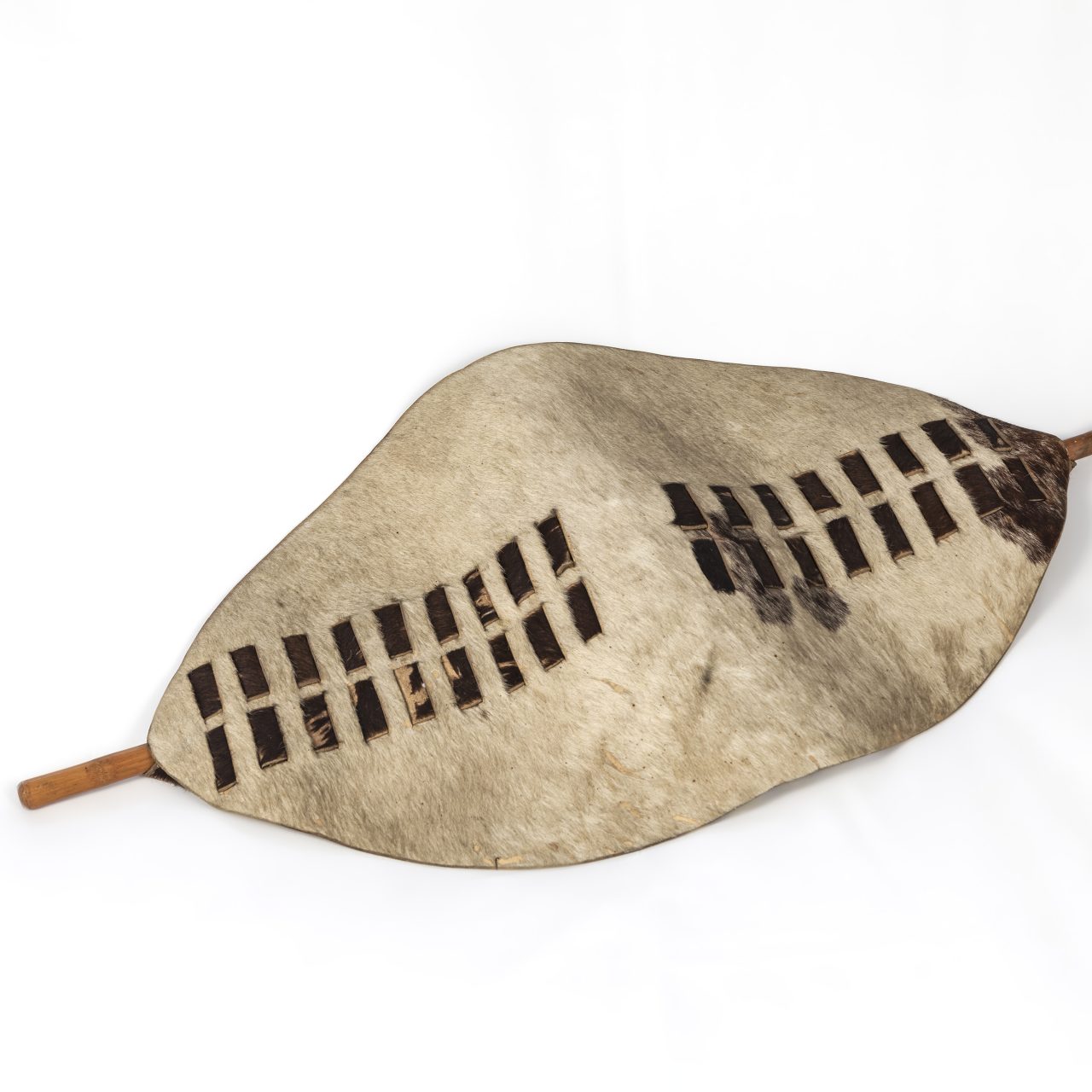 This object is a large Isihlangu Zulu shield. This shield was used during The Anglo-Zulu War. 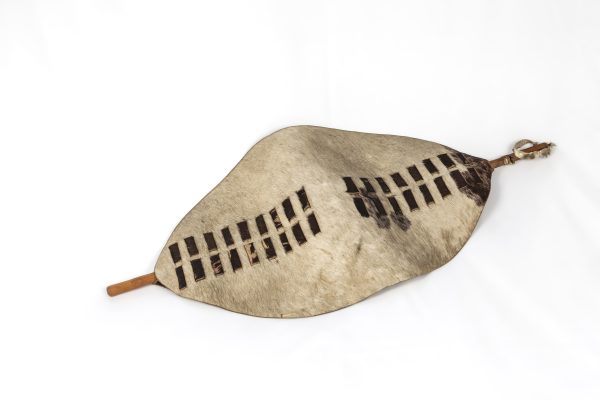 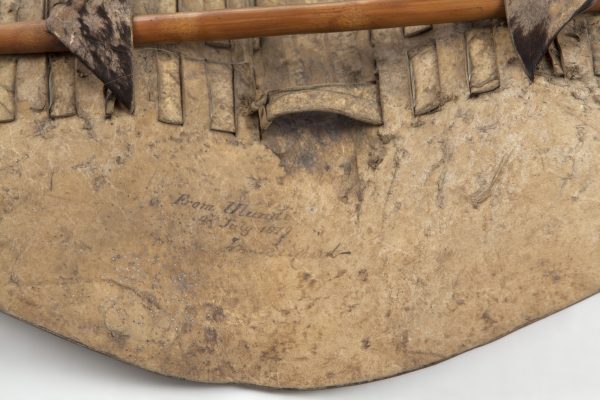 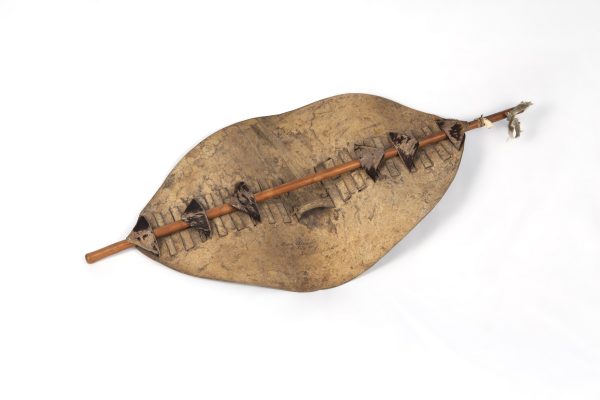 This shield was used during The Anglo-Zulu War. Traditional Zulu shields have been used by Zulu tribesman in battle for hundreds of years. Zulu shields have played a vital role in the traditional Zulu’s battles and have always been handcrafted from cowhide or more commonly known in Zulu terms as Nguni cattle. All warriors carried a shield made of ox-hide, which retained the hair, with a central stiffening shaft of wood. Shields were the property of the Zulu king. They were stored in specialised structures, raised off the ground for protection from vermin, when not issued to the relevant Zulu regiments.

The Shields varied in colours which donated the different Zulu Regiments when on the battlefield. Zulu chiefs or high-ranking Zulu warriors would also be given larger white shields. This would help in battle to know who was in command in the confusion of fighting.

Not only did the shield give the Zulu’s physical protection, but protection of a symbolic nature was implied as well. Shields were seen to have medicinal and even magic powers. Shields were sprinkled before going in to battle with herbs known as muti. This believed to increase the protective power of the shield and to ensure that the warrior came to no harm when in battle.

In battle the shield added in the use their well-known battle tactic ‘The horns of the bull’ in which fast-moving flanking parties, ‘the horns’, swept out to surround the enemy on it sides with centre attack by a strong central body known as ‘the chest’. It was a tactic designed to bring large numbers of men swiftly and efficiently into combat, and reflected the Zulu dependence on close quarter stabbing weapons and the shield to protect them.