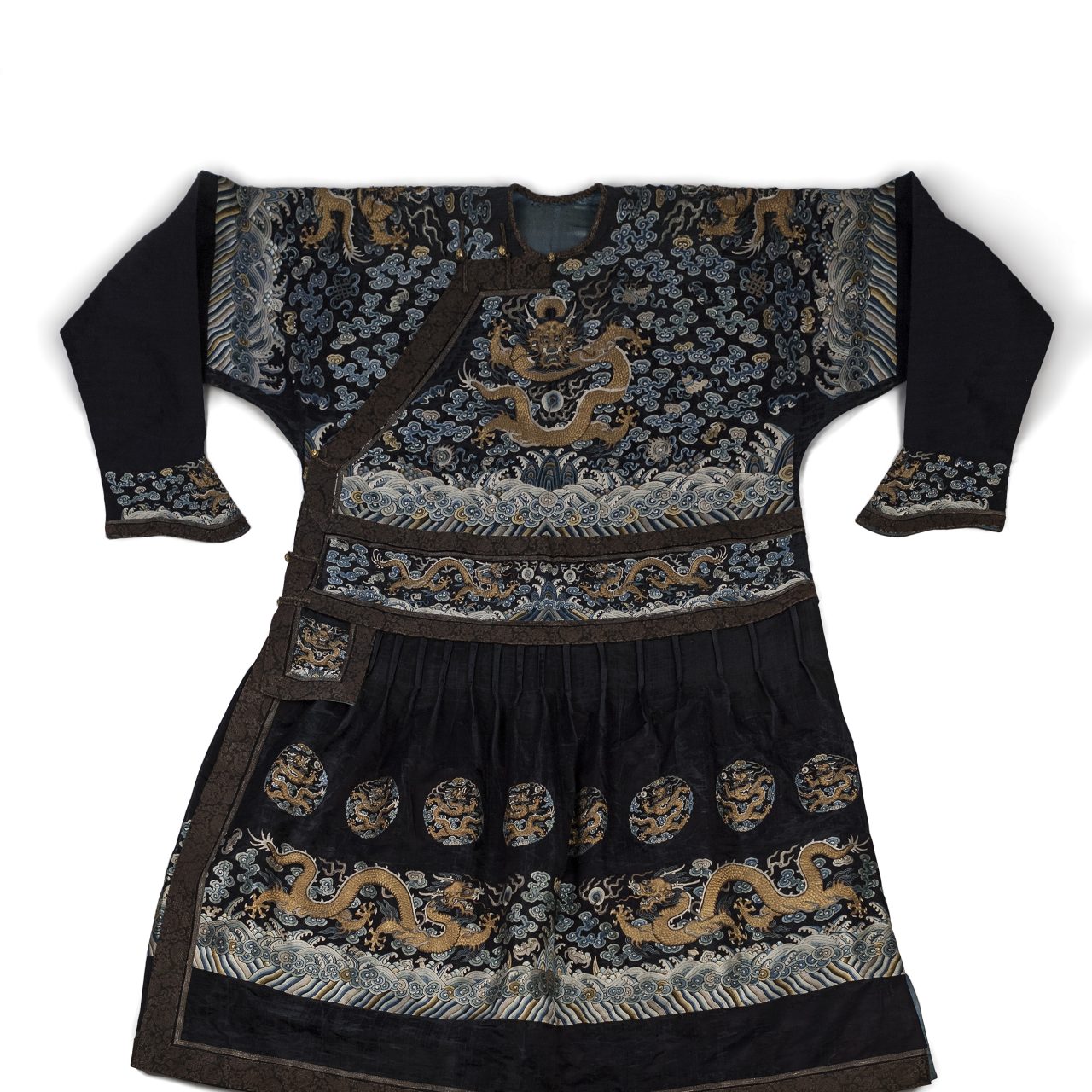 This object is a “CHAO FU“ Dragon Robe which forms part of the formal dress of China in 1864 (Qing Dynasty). The long robe has heavily embroidered detail and an imperial five clawed dragon on the back.

The Emperor also promoted Gordon within the Emperors guard to the rank of tidu (“Chief commander of Jiangsu province”), decorated him with the imperial yellow jacket, and raised him to Qing’s Viscount first class. The British Army promoted Gordon to lieutenant-colonel and he was made a Companion of the Order of the Bath. He also gained the popular nickname “Chinese” Gordon.

In March 1863 Gordon took command of a force at Songjiang, which had received the name of “Ever Victorious Army.” The chao fu (“coloured dress”), or “dragon robe,” was a semiformal court dress in which the dominant element was the imperial five-clawed dragon (long) or the four-clawed dragon (mang). In spite of repeated sumptuary laws issued during the Ming and Qing, the five-clawed dragon was seldom reserved for objects of exclusively imperial use.