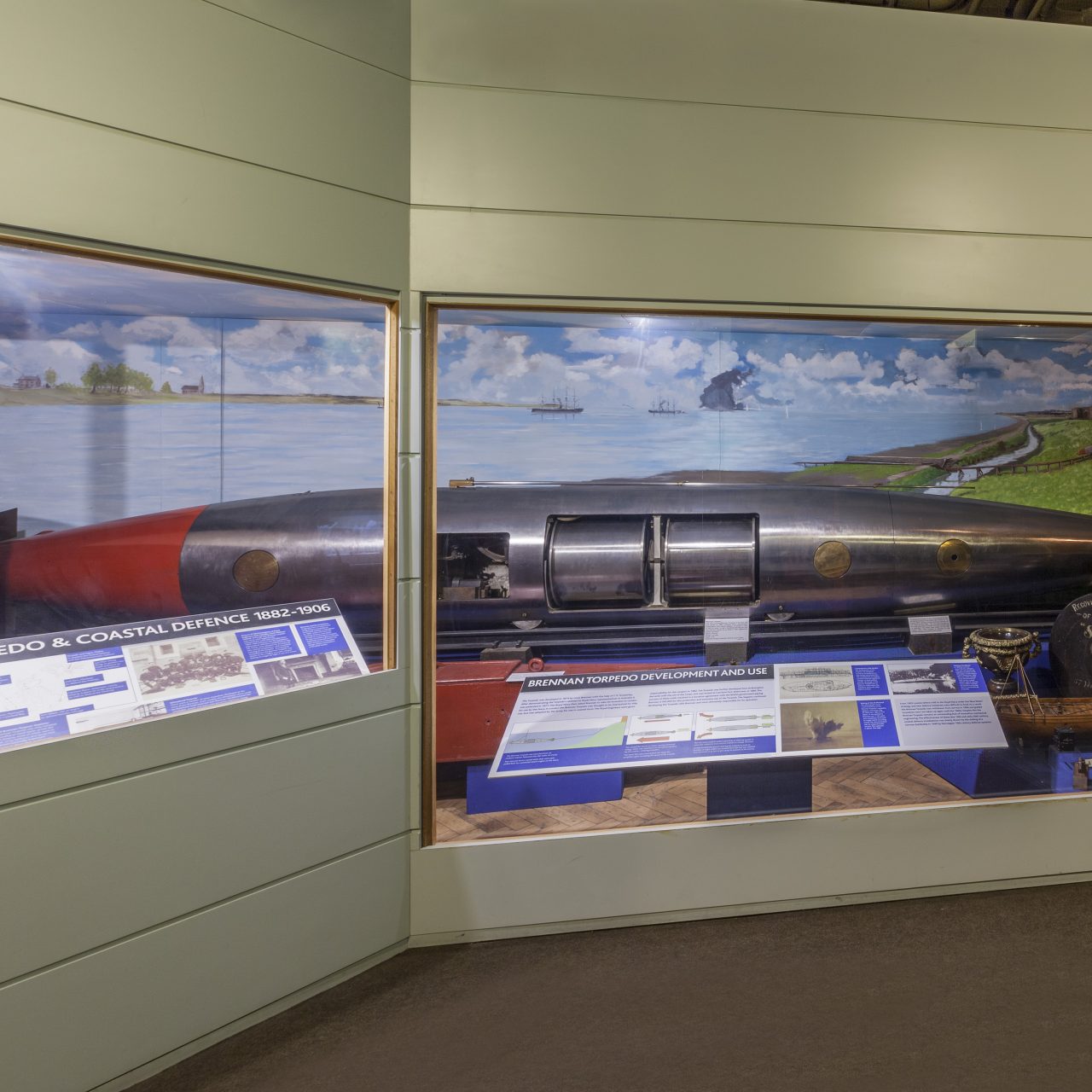 An operational station for the Brennan torpedo was established at Cliffe Fort, a village on the Hoo Peninsula in Kent. The Brennan torpedo was developed by Louis Brennan in 1874, it is considered as the very first wire guided weapon. Kent again features as a centre of innovative weapon technology.

The Brennan torpedo was developed by Louis Brennan in 1874, it was the very first wire guided torpedo, and was similar in appearance to the modern day type. The Brennan torpedo became standard harbour defence throughout the British Empire and was in use for more than fifteen years.

Brennan was born in Ireland in 1852 before moving to Australia in 1861 with his parents and over the years studied to become a mechanical engineer. Brennan invented the idea of a steerable torpedo in 1874. The idea was that two steel drums were mounted one behind the other inside the torpedo, each carrying several thousand yards of high-tensile steel wire. The drums were connected via a differential gear to twin contra-rotating propellers. If one drum was rotated faster than the other, then the rudder was activated. The other ends of the wires were connected to steam-powered winding engines, these where arranged so that speeds could be varied, giving sensitive steering control for the torpedo.

The torpedo run at a consistent depth of twelve feet underwater and had an indicator mast sticking up from the torpedo until it just broke the surface. At night this mast had a small light fitted which was only visible from the rear. The torpedo could attain a speed of up to 27 knots (31 mph) while in the water. The method of operation was that the officer in charge would be either in an elevated position in the ship or, if on a land base, on a 40ft high telescopic steel tower, hydraulically extended. He was provided with a pair of binoculars on which was a keyboard from which he could control electrically the relative speeds of the twin winding engines. In this manner he was able to follow the track of the torpedo and steer it with a great degree of accuracy.

Brennan’s intention was that the torpedo would be used on Royal Navy warships. The Admiralty at first was very enthusiastic then took quickly told Brennan that they had no use ‘for a new way of destroying shipping’. However Brennan received a letter from the War Office stating that they had decided to adopt his torpedo as a means of harbour defence which at the time was in the care of the Royal Engineers based at Chatham. The Brennan torpedo became a standard harbour defence throughout the British Empire and was in use for more than fifteen years.

Operational stations were established in the UK at Cliffe Fort, Fort Albert on the Isle of Wight and Plymouth. Other stations where established in Ireland, Hong Kong and Malta. During its time in service the Brennan was never used in anger though it did sink one ship which used in the trails of the weapon.