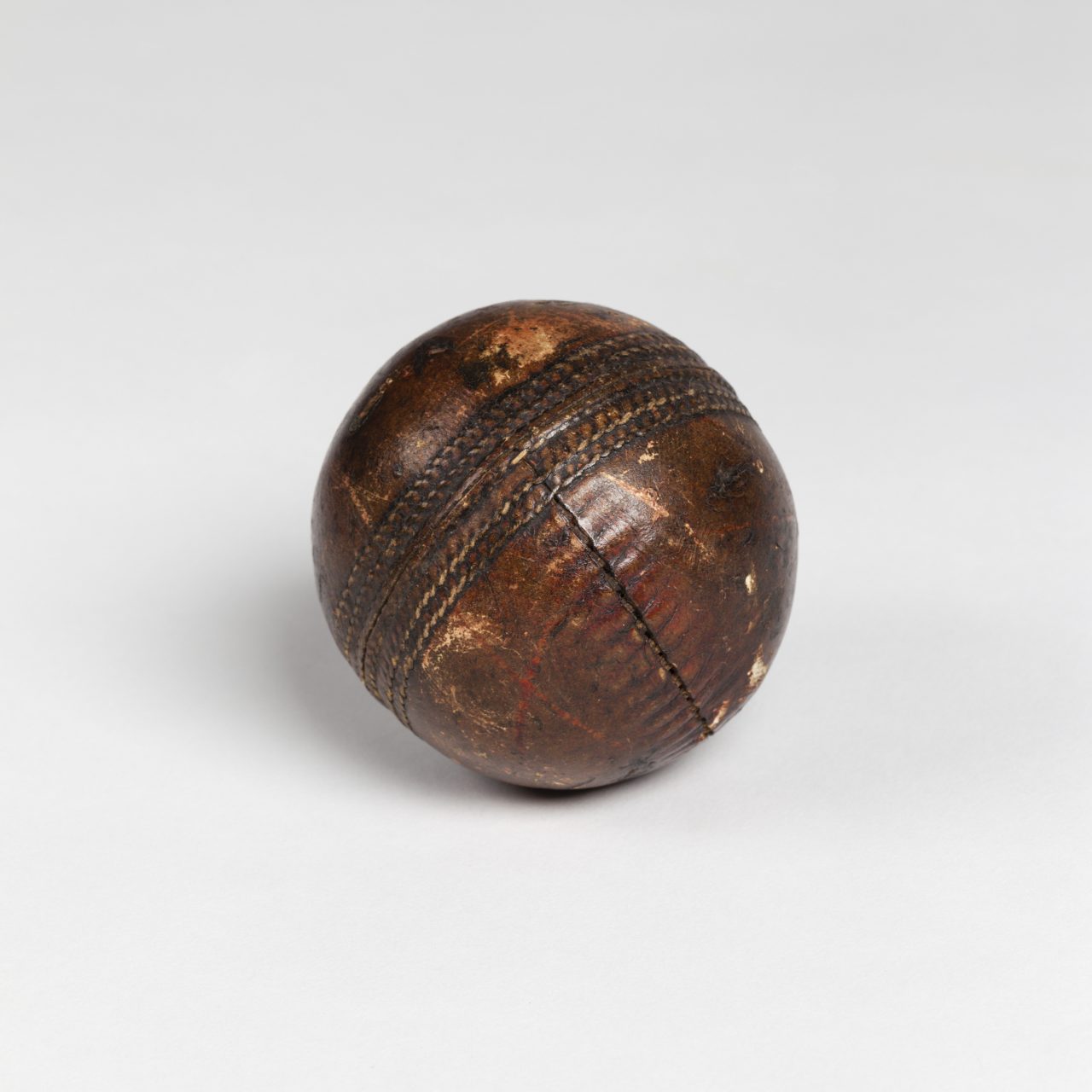 This example of a cricket ball, made in Southborough by Philip Wickham, was exhibited at the Great Exhibition of world industries at the Crystal Palace in 1851.

Cricket ball making was an important local industry in the Tunbridge Wells area from the mid-1700s to the late 1900s. Southborough was particularly noted for its cricket ball makers, and a ball still features on the town arms today. 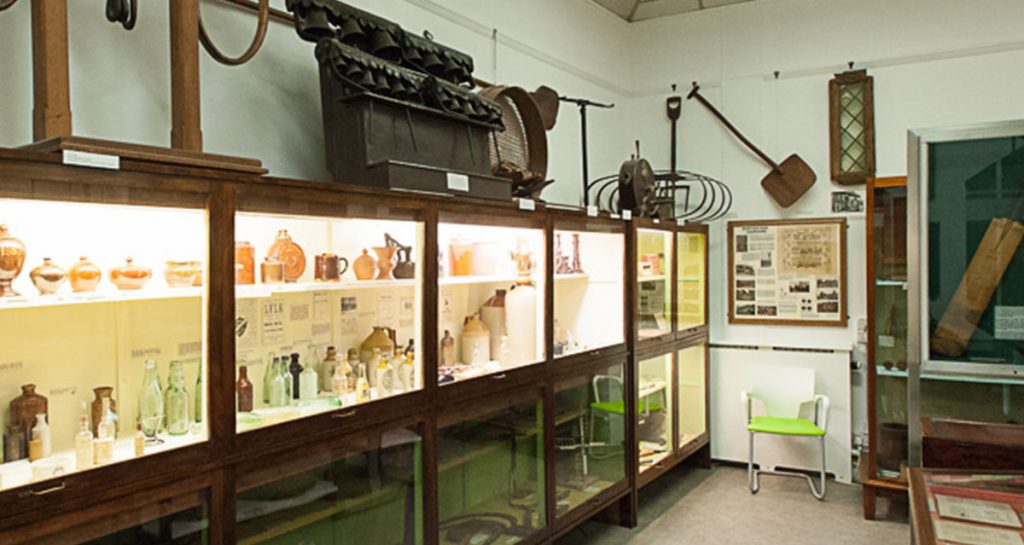 “Early Days in Kent”, Chapter 2 of “Barclay’s World of Cricket”, states that in 1719 Kent played London in the first match recorded by a representative London side and it is claimed that this constituted the first county match. Further, it records that many prefer to look upon the matches of 1728 as the first real contests between counties and in three matches against Sussex in that year Kent came out on top, thereby earning the title given to them by cricket historian H.S. Altham of “Kent, the first Champions”.

Frederick Lillywhite’s “Scores and Biographies” , a 15 volume work covering cricket from the mid C18th to the latter part of the C19th., records the first organised match as that between Kent and All England “played in the Artillery Ground, London, 1746”. Kent won that match by one wicket. Between then and the formation of Kent CCC as we know it today, there were numerous matches played throughout the County.

The first recorded inter-county match was played between Surrey and Kent on the Laleham-Burley Ground near Chertsey in 1773. A return match was played shortly afterwards at Bishopsbourne Paddock, near Canterbury, the venue for many such matches at that time. Both of those matches were won by Surrey, the return match by the then overwhelming margin of 153 runs. However, a third match between the two sides played on The Vine at Sevenoaks later in the season, saw Kent get revenge by six wickets.