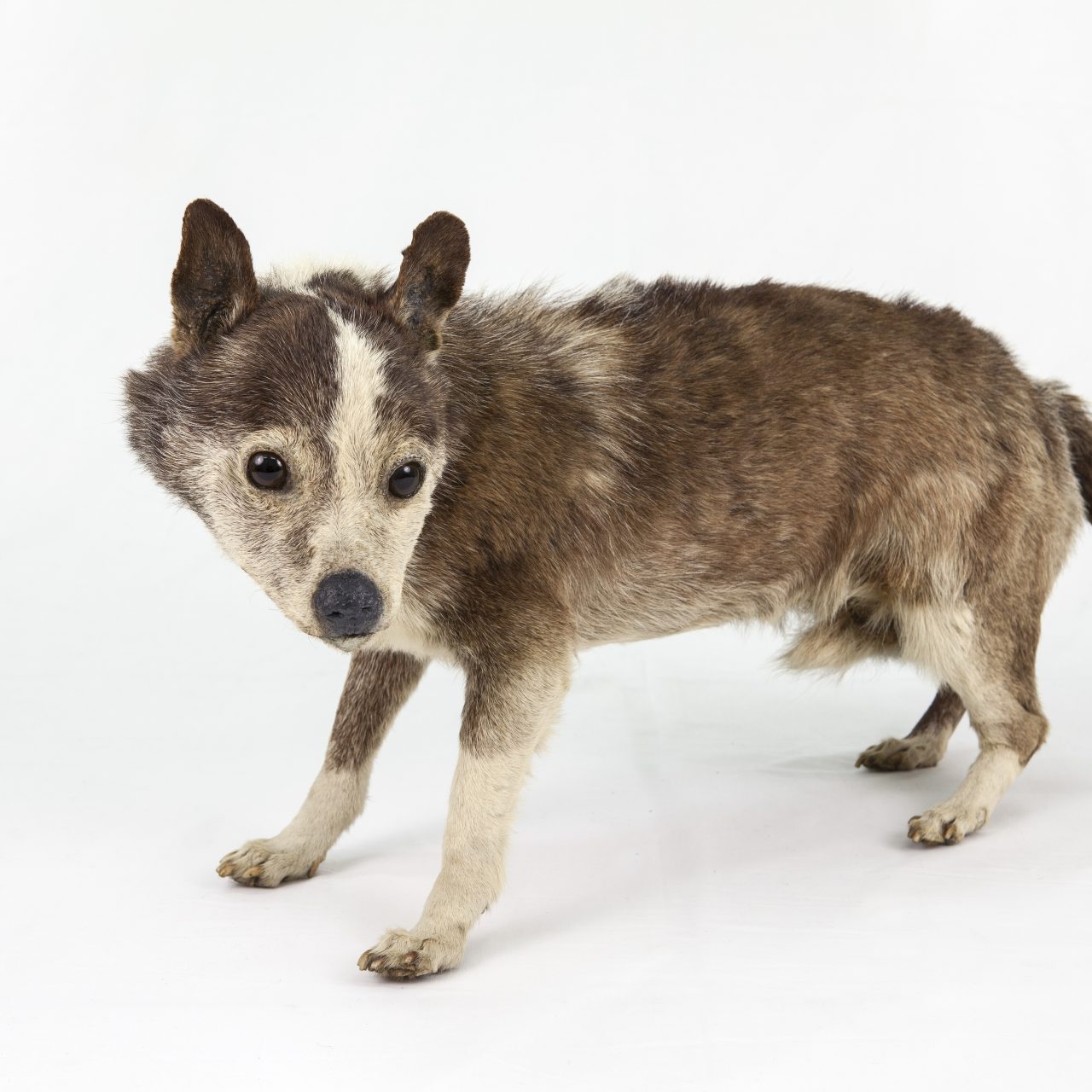 The dog was brought back to England and presented with a Crimean War medal. He was originally called ‘Alma’, but was re-christened ‘Snob’ when he preferred the Officers Mess at Chatham to the Guardroom. Snob died whilst in Chatham, in his honour the Engineers buried his remains on camp and made a plaque to show his final resting place, which is just off the parade square in the middle of Brompton Barracks. Snob was preserved by taxidermy and now is on permanent display in our Crimea war gallery along with weapons and other items that were used during the war.

Snob is also the museum’s mascot. Snob was awarded the Crimea medal with an Alma bar; this was to honour snob for his involvement in the battle of Alma.

The Battle of the Alma (20 September 1854), which is usually considered the first battle of the Crimean War (1853–1856), took place just south of the River Alma in the Crimea. An Anglo-French force under Jacques Leroy de Saint Arnaud and FitzRoy Somerset, 1st Baron Raglan defeated General Aleksandr Sergeyevich Menshikov’s Russian army, which lost around 6,000 troops. During the battle, the First battalion of Zouaves lost 222 men, the Second battalion 74 men and the Third battalion 63 men.

In the United Kingdom “Alma”, as a girls’ name, became popular as a result of the victory. Also numerous public houses and streets bear the name. In Paris, Pont de l’Alma is a bridge over the River Seine and other French streets are named after the battle.