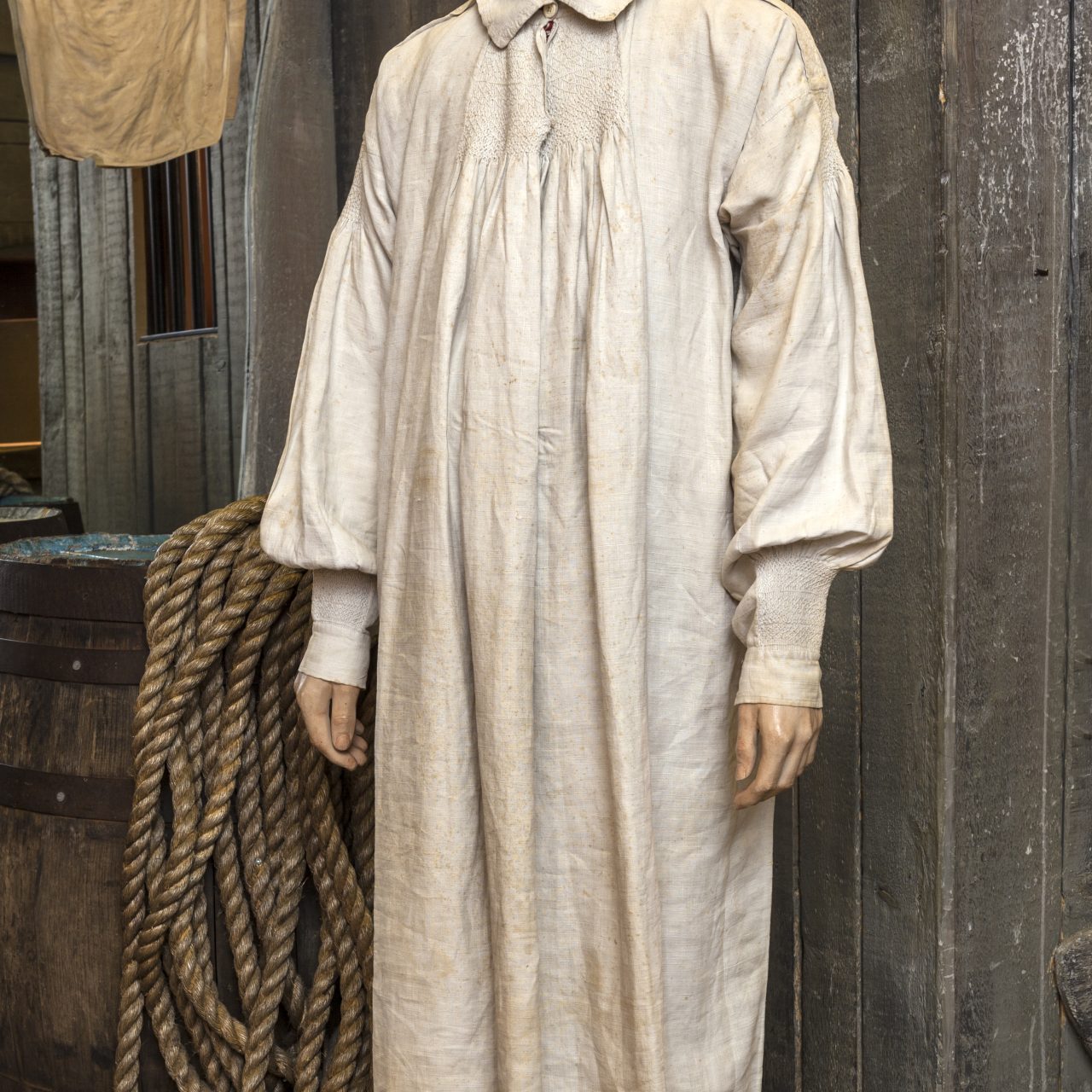 This is a rare working history survival and evidence of a way of life that was passing from Medway in the 19th century. 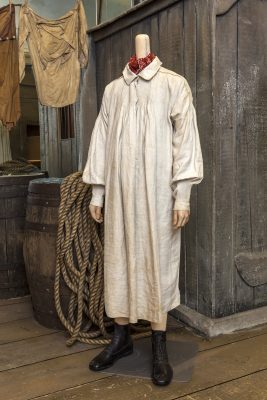 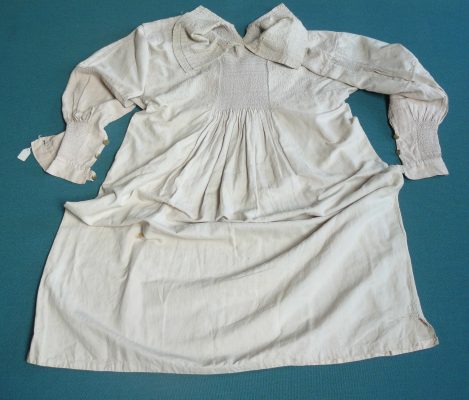 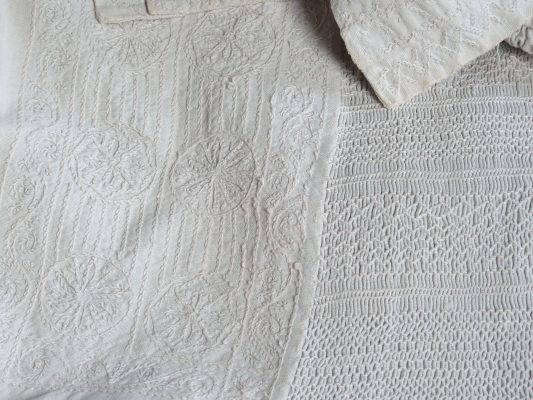 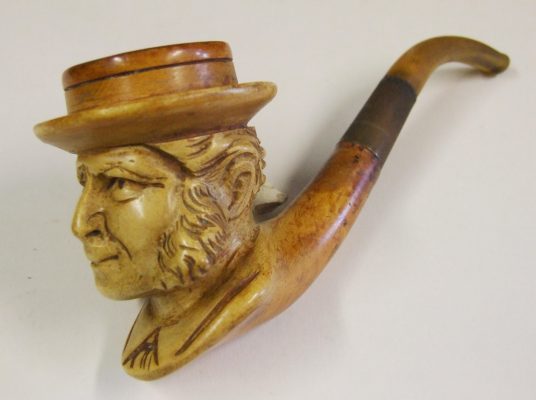 The smock belonged to John Moore, who died Jan 1889 (aged 75) and is buried in Cliffe churchyard. John Moore was the donor’s great grandfather. The 1881 census shows us that at that time John Moore was living in Marsh Lane with his wife Mary, son William and Elizabeth his Granddaughter. The census describes John Moore as a “General Labourer” but when his Great Grandaughter gave the Guildhall Museum his work smock and his tobacco pipe to look after in the 1970s, she described him as a shepherd.