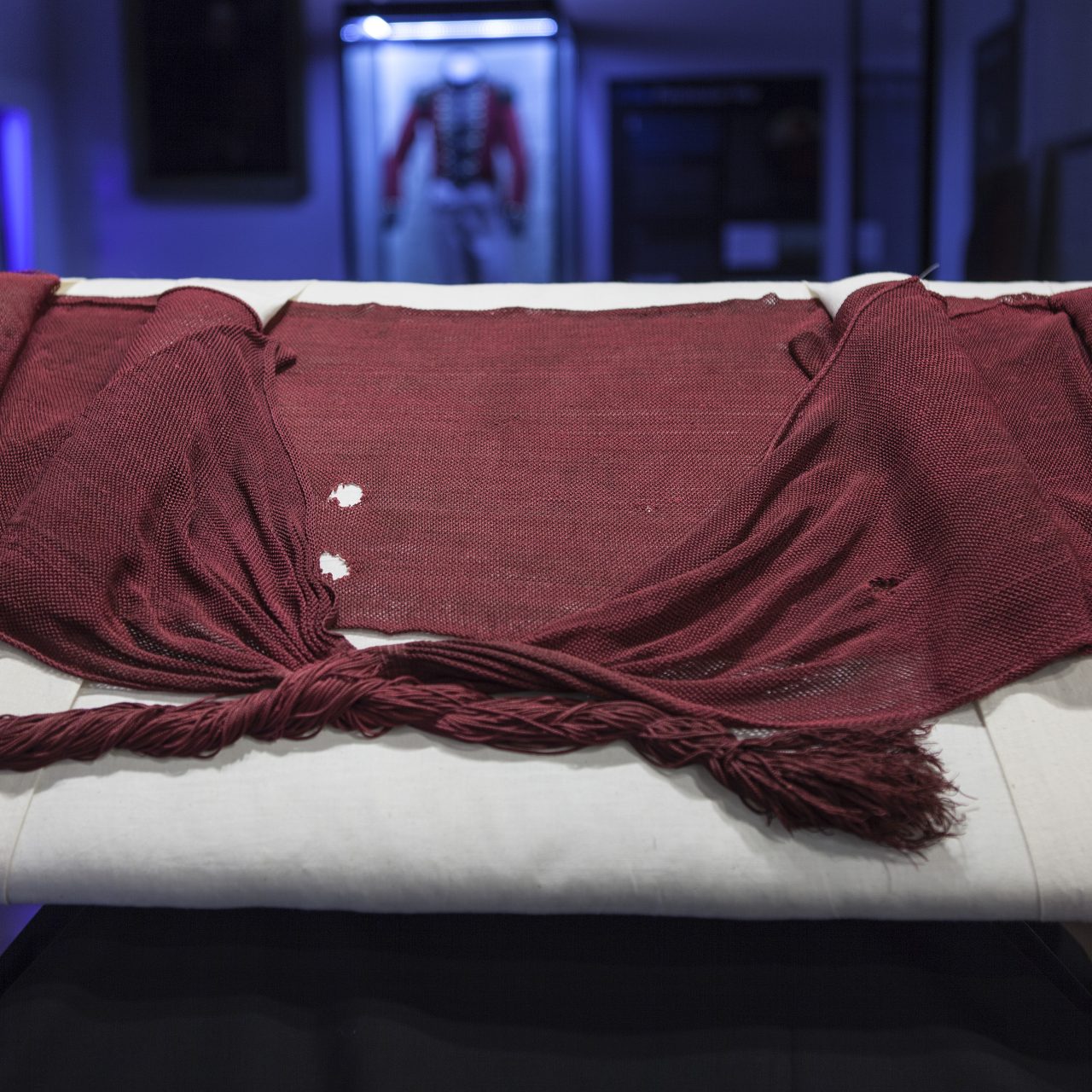 This object is a burgundy ‘Red Chinese’ net silk sash, designed for a general and worn by Captain Pasley RE in 1809. The sash has two tassels at ends – no runners, (with musket shot holes). 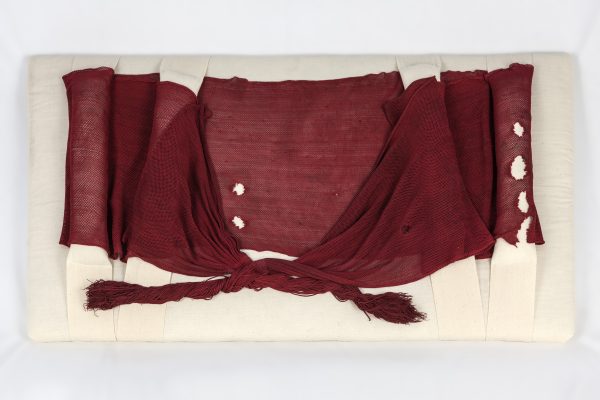 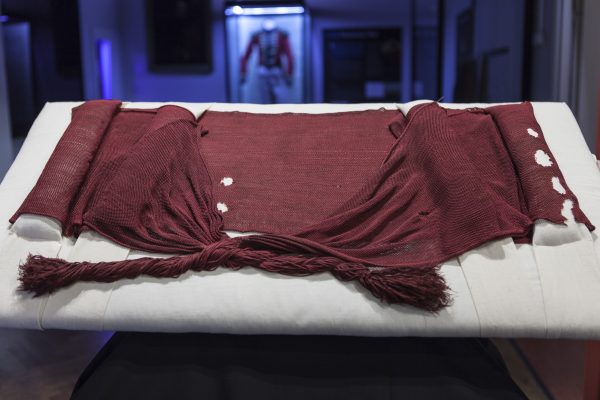 Pasley had seen service at Courunna and Walcheren before being wounded at the siege of Flushing during service in Walcheren in 1809, Pasley was then posted to Plymouth in 1811. In Plymouth he began a new programme for training for his company of Royal Military Artificers which included the operations of a siege, building gun batteries, making fascines and gabions, geometry, plan drawings and basic engineering.

In 1810 Pasley had also published an essay criticising government policy on the war that was widely read. He wrote to both the board of ordinance and the commander and chief of the Army asking permission to let him expand his training programme. With support from the Duke of Wellington and Sir Richard Fletcher, Pasley was eventually successful and on the 23rd April 1812 the Royal Engineers Establishment for Field Engineering and instruction was founded.

With the River Medway for bridging and The Great Lines for siege training, Chatham provided the perfect location for the new school. Pasley was made director of the school and over the next thirty years he wrote and developed a training syllabus that encouraged scientific knowledge and innovation.

The sash represents the reason that the Royal Engineers and The School of military engineering are based in Chatham, Kent. Without Pasleys input the school could have been based elsewhere and the surrounding towns would have developed in a different way because they were not influenced by the military that have now lived here for over 200 years.