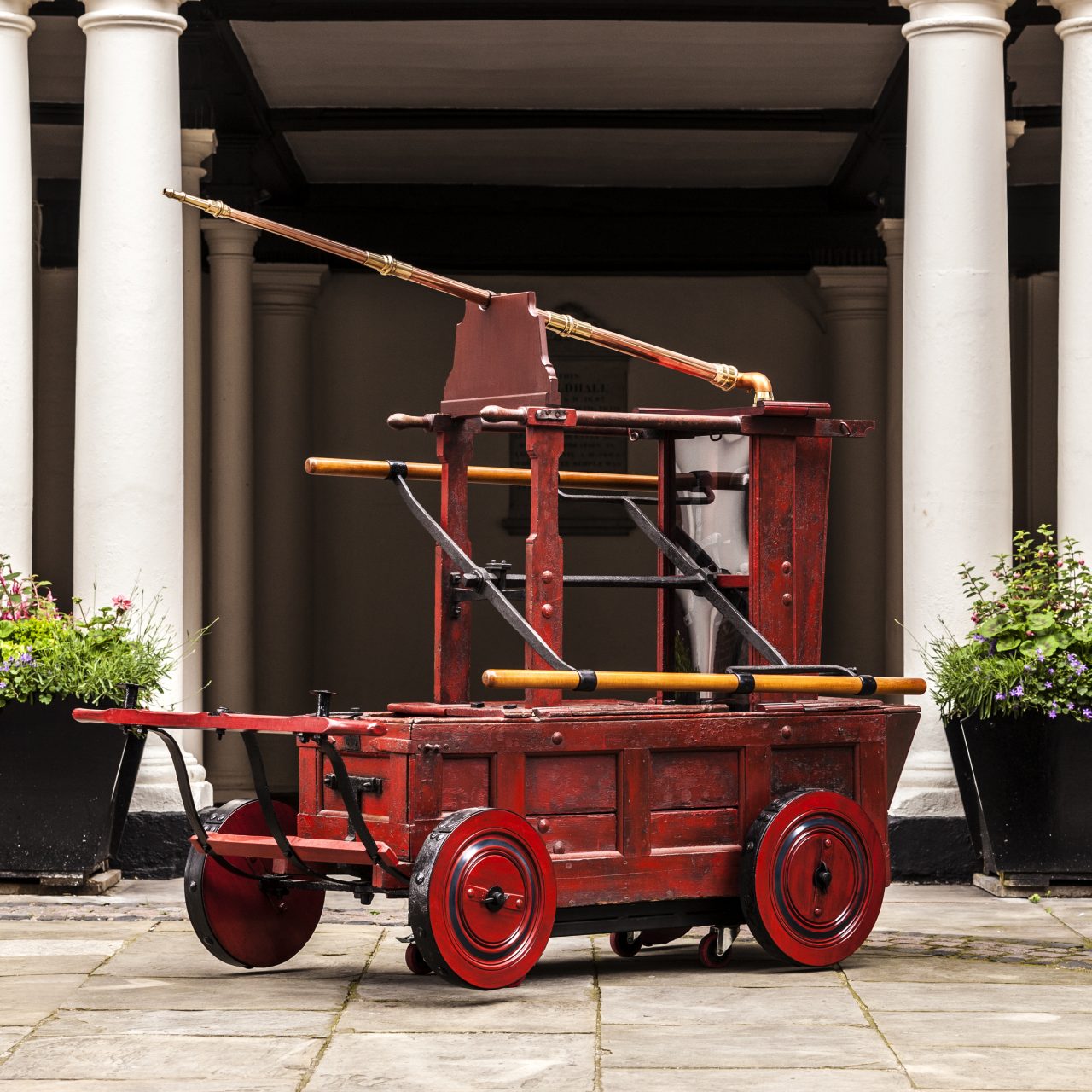 This is a very early type of fire engine. It is designed to pour water on to a fire up to a distance of about 40 metres. 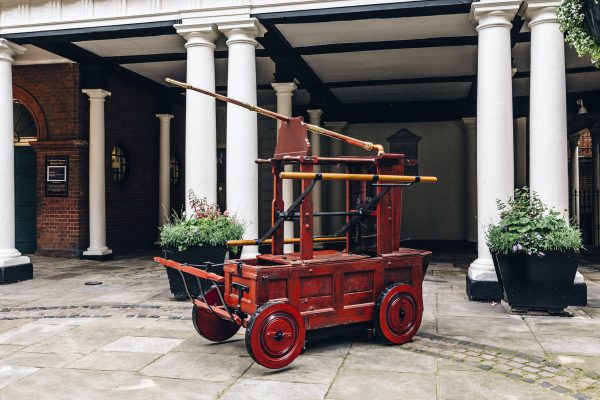 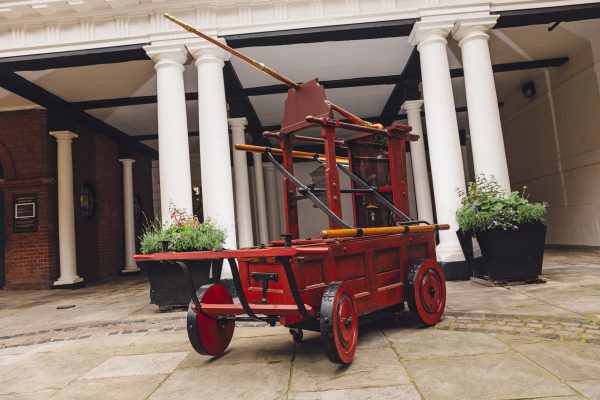 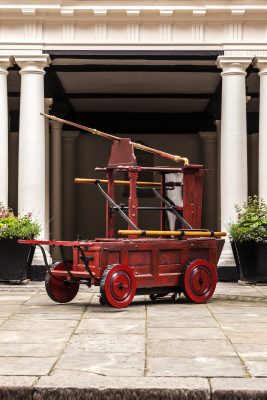 On record as given to the City of Rochester by the Mayor for public use. Richard Newsham of London designed this fire engine. It was built to Newsham’s Patent Design (registered in 1725) although this engine was probably made slightly later. Council Records for 16th May 1741 state that: ‘Mr Mayor this day presented a fire engine for the City’s use upon condition that the same shall stand in such place or places in the City as Mr Mayor and his family shall from time to time direct’. The current Mayor was George Gordon.

This engine had a long history of use, and then poor storage resulted in considerable decay. It was carefully restored by Fairbourne Carriages Ltd. The cart-like body is a water tank that required filling and replenishing by bucket at the rear. The side-mounted bars rock up and down, operating a cylinder that pumped water up through the cylindrical vent on top. This was fitted with a copper or brass siphon (“branch pipe”) that enabled the water to be directed towards the fire. This was missing from this vehicle but a replica has been made and fitted.