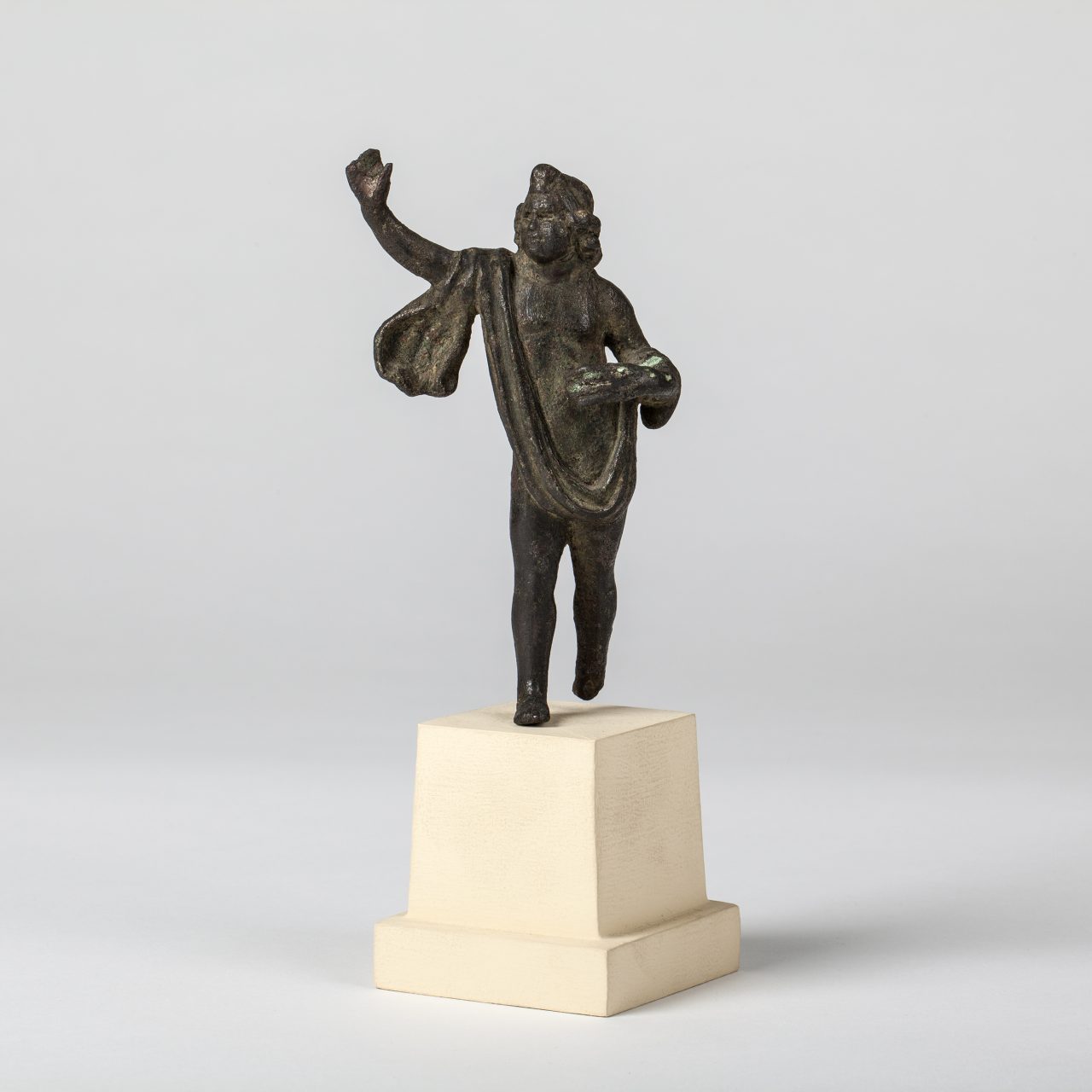 Part of the everyday ritual of worship in a Roman British house – apparently a very rare survival. Traditional Roman households owned at least one protective Lares-figure, housed in a shrine or wall-niche; they were placed at table during family meals and banquets, and also functioned as divine witnesses at important family occasions, such as marriages, births and adoptions; the shrine provided a religious hub for social and family life.