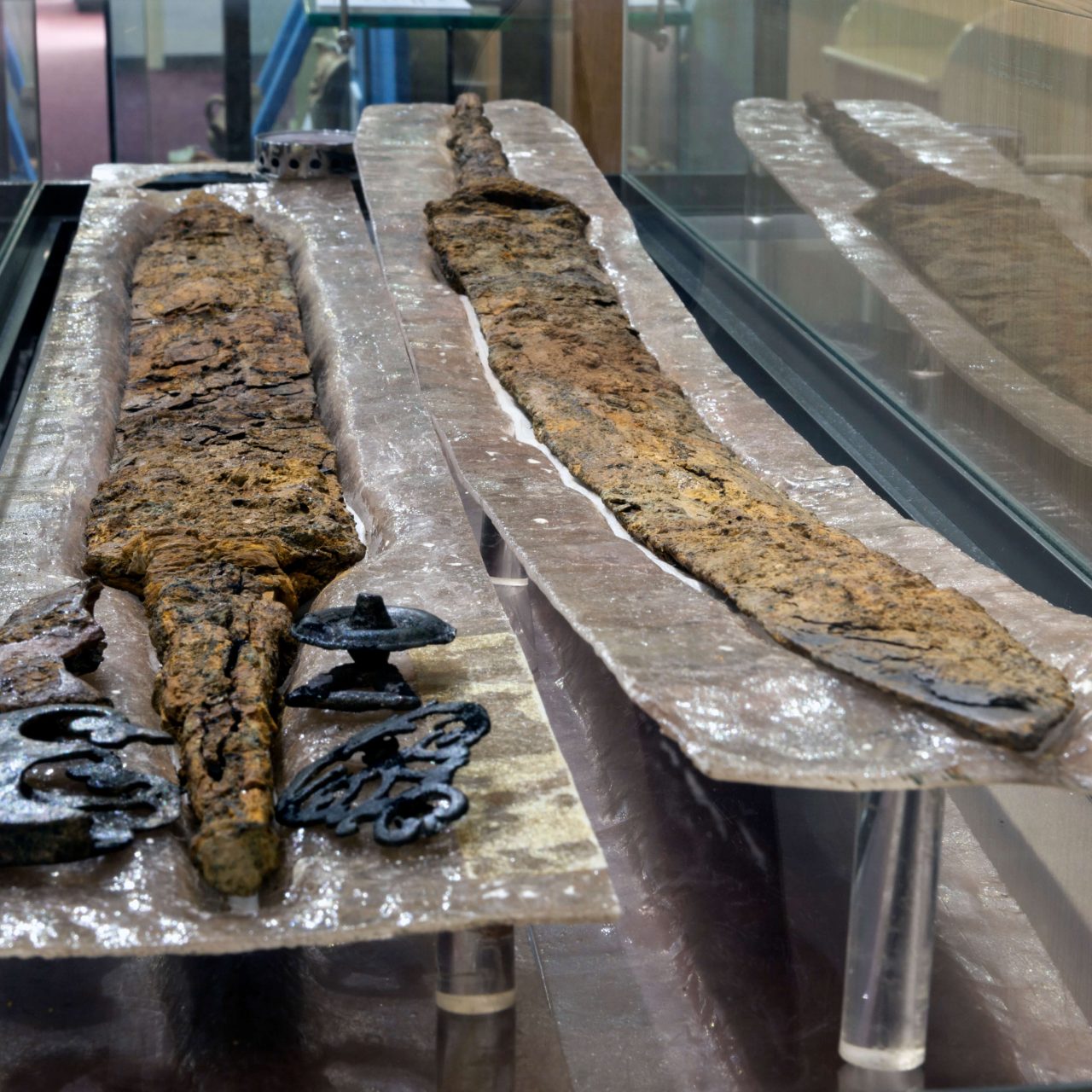 2 Roman cavalry long swords dating from the 2nd or 3rd century AD. They are made of iron and wood. Found in a grave inside Canterbury city walls with 2 skeletons and military badges and boots. 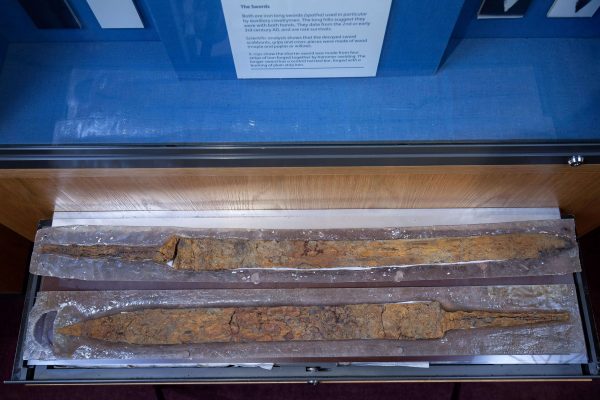 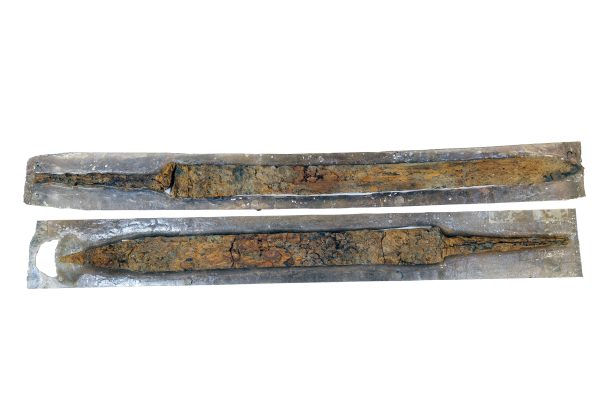 Throughout history, Kent has been on the front line of invasion forces. The Romans conquered Britain taking the obvious short route across the English Channel. Kent is peppered with Roman relics and buildings.

2nd/3rd century Roman cavalry swords. Excavating in Canterbury during the 1970s, archaeologists found a grave with skeletons. Romans usually buried their dead outside the city walls but this grave was inside the walls. There were also decayed hobnail boots in the grave, like those worn by soldiers, and two Roman military long swords, still in their scabbards and with fittings from belts. The Roman army was very strict about the return of such valuable weapons and it would be unheard of for ordinary soldiers to be buried with their swords. Given these details it is highly likely that the two soldiers were murdered and hastily buried. 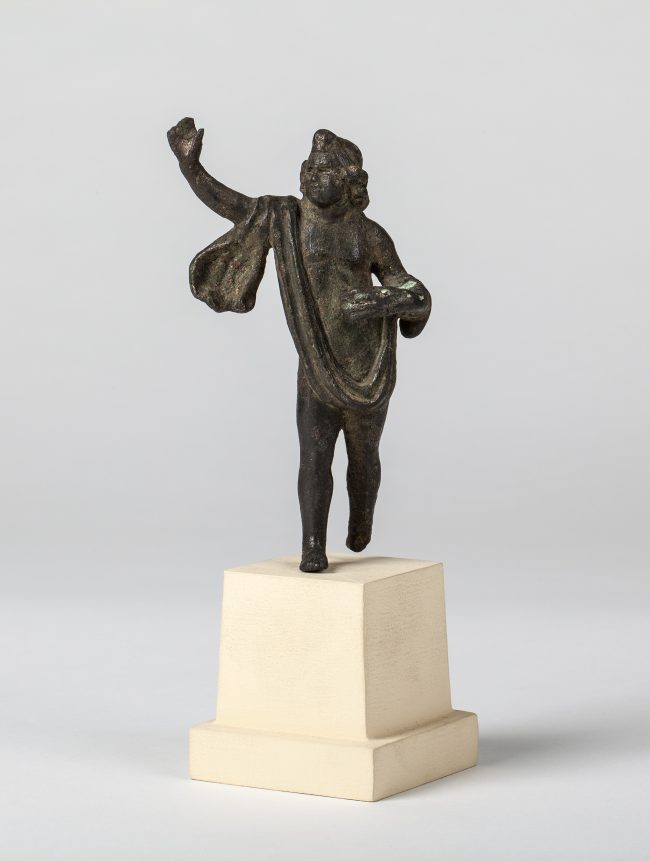