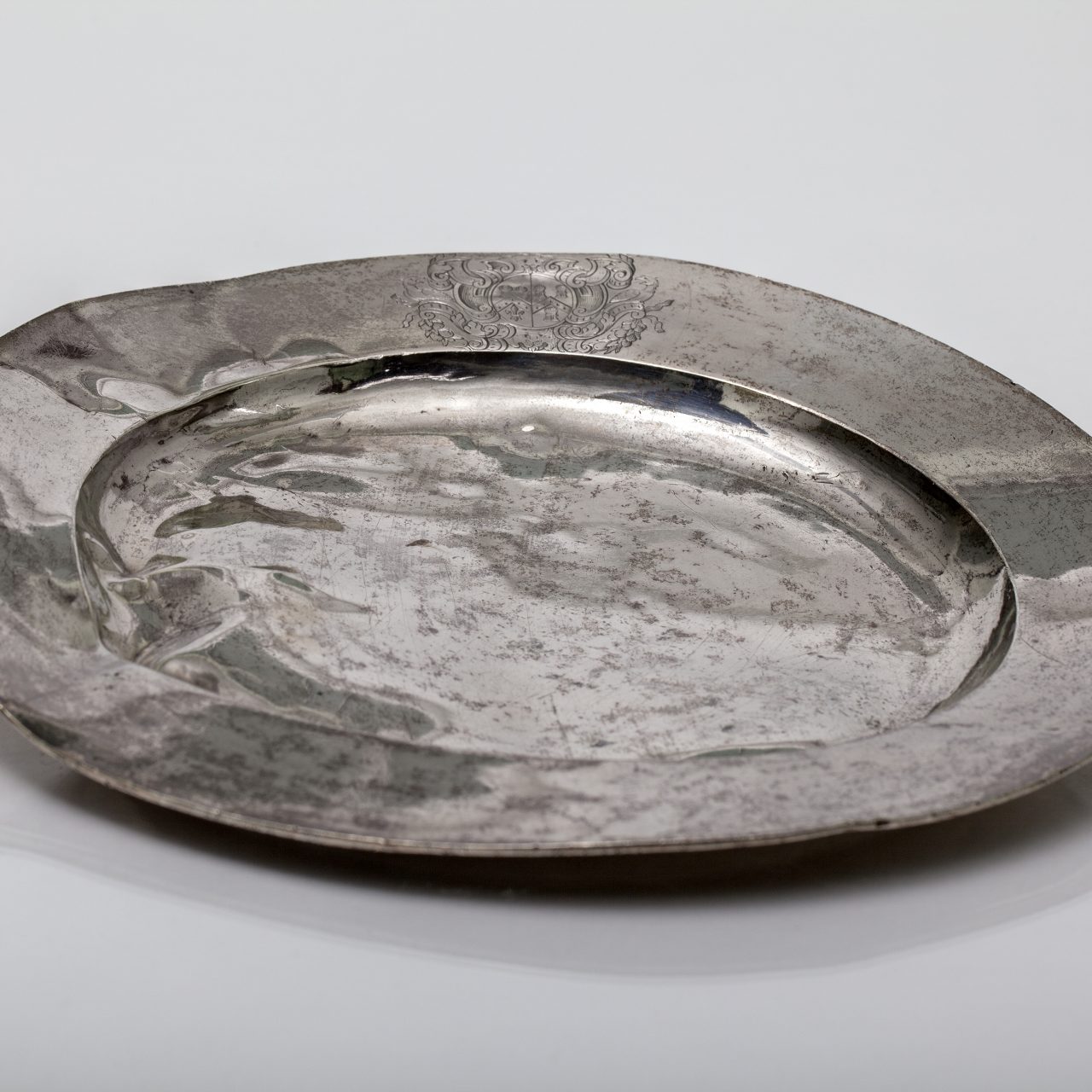 Sir Cloudesley’s personal silver plate. Recovered in the 1960s by divers from the Channel off the Isles of Scilly. The plate was recovered from the wreck of HMS Association, Sir Cloudesley’s Flagship. 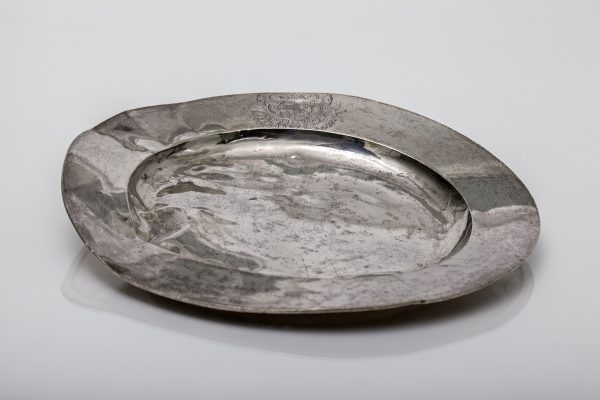 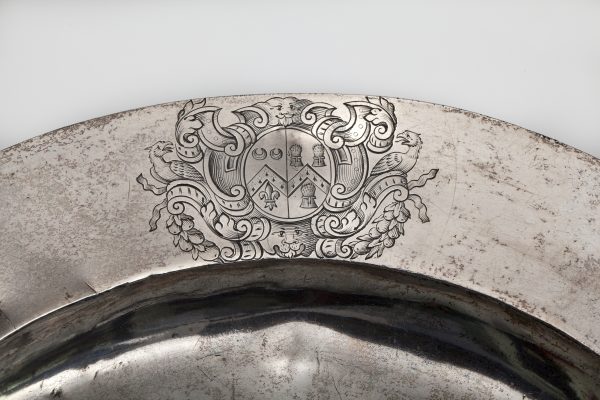 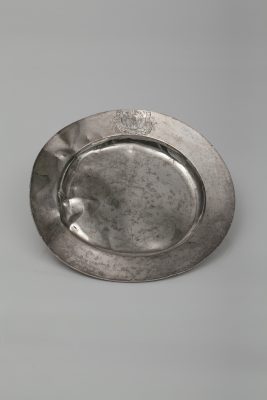 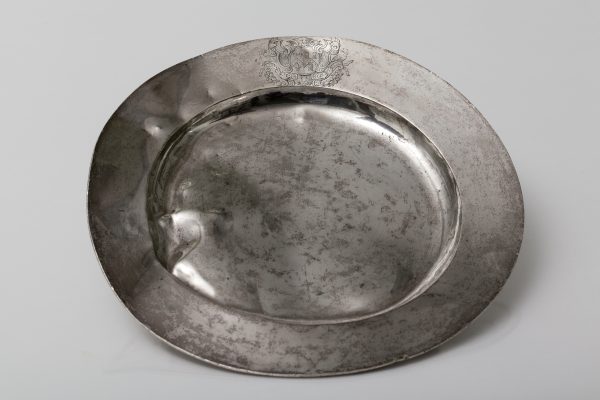 MP for the City of Rochester, serving in 1695, 1698, 1701 and 1705. MPs in those days didn’t hold surgeries, or even visit their constituency often. Shovell was no exception — although he had an excuse: he was away being a naval hero. Nevertheless, he made his presence felt. He paid for the magnificent decorated ceiling in the court hall at the new Guildhall and for building the Corn Exchange, an act of generosity recorded on a tablet outside.

Silver plate; shallow plate, slightly thickened rim; this item has been partly conserved and still shows some dents & considerable buckling from its time on the seabed. When recovered, it was almost rolled into a ball after nearly three centuries in a marine environment. Recovered from the wreck site of the ‘Association’, Sir Cloudesley’s flagship (probably in the late 1960’s), sunk in 1707, Gilstone Reef, Scilly Isles. This item is the single diagnostic piece recovered from the wreck site that identifies it as that of the Association. Purchased at auction at Penzance 23/11/1973. 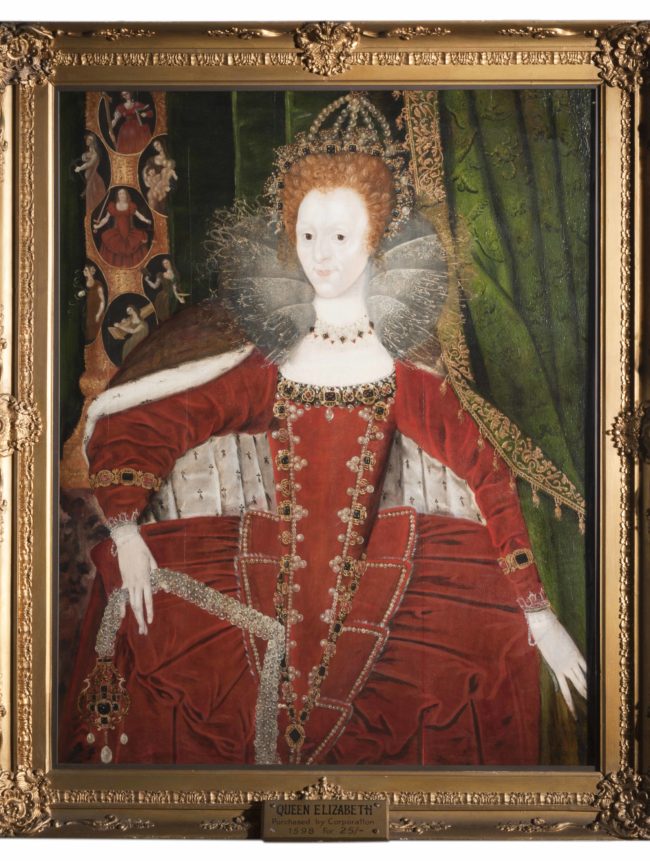 Purchased by the Corporation of Dover for display in the town hall, this is one...