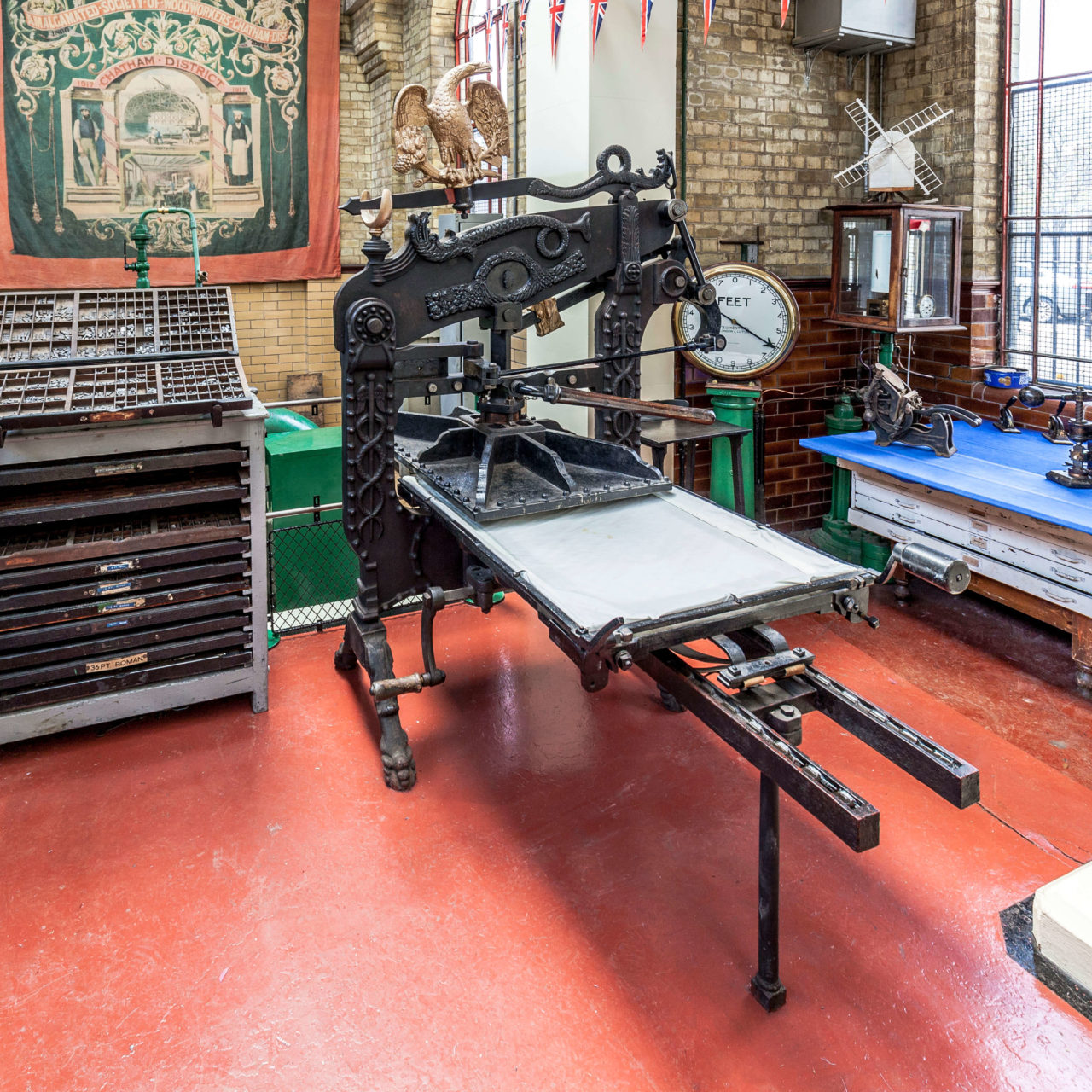 The press was used to print the Rochester Gazette until 1868 when it ceased publication on the death of Samuel Caddel.

The Press was transferred to the Rochester & Chatham Printing Company, who in 1933 presented it to the Eastgate House Museum in Rochester, where it resided until the late 1970’s. It was then moved to the Guildhall Museum where the main frame stood on the forecourt in Rochester High Street. 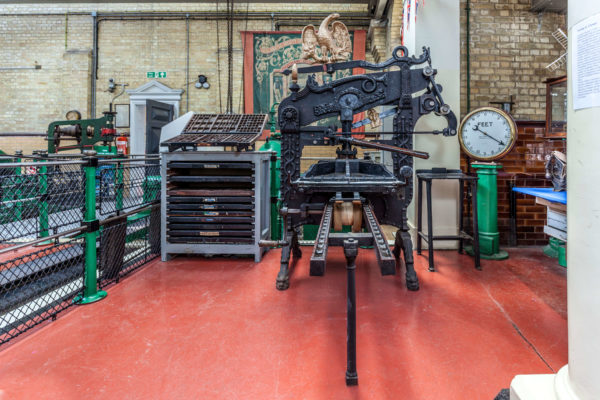 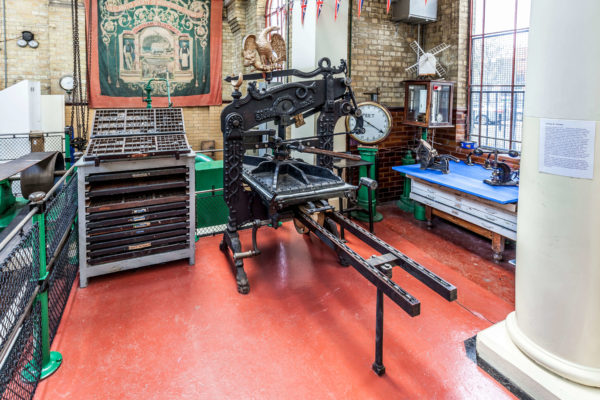 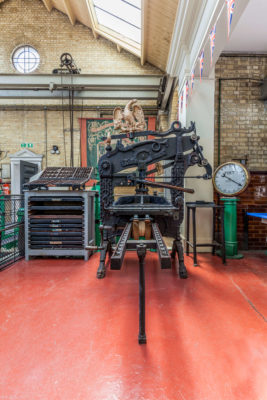 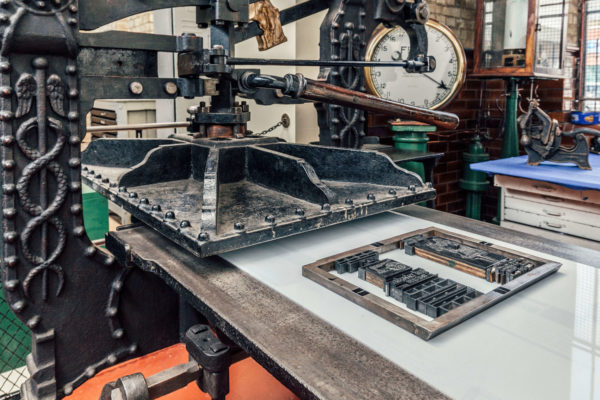 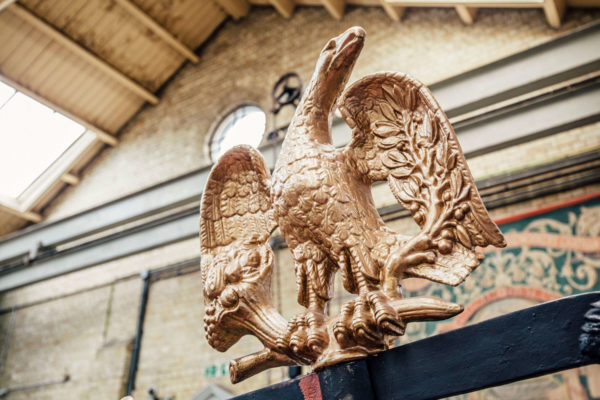 It was probably during the period 1845 to 1851, when the firm was sold, that the press now in the museum was built. Clymer & Dixon’s factory lasted until 1863 when the works and all existing presses were sold One buyer was V Figgins of London, a type- founder, and it was from him that Samuel Caddel bought the Press. 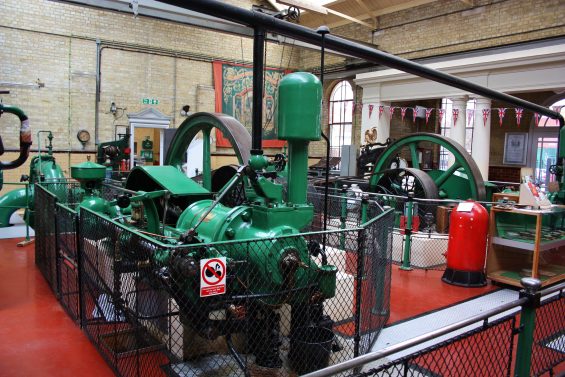 The Columbian Printing Press was the invention of George Clymer, an American of Swiss extraction. His interest in printing began when he was working for a manufacturer of wood screw presses which were in use at that time. By 1805 he was working independently and by 1814 he was in production with his new improved one-pull iron press. The high cost of presses produced in America (between $400-$500) and the fact that they were by no means easily transportable forced Clymer to look towards England to enable him to produce saleable presses.

He left America in 1817 and on arrival in England he immediately patented his design for 14years. His first presses were manufactured in conjunction with R W Cope, who later made his name producing the rival Albion Press. By 1819 Clymer was making his own presses under his own name. In 1830 Clymer went into partnership with one S Dixon and traded under the name of Clymer and Dixon. The partnership lasted until Clymer’s death in August 1834. The factory was then run by Dixon until 1845 when he took on an associate and the firm then traded under the name of Clymer. Dixon & Co.

In 1984 all components were moved to the Brook Pumping Station – with the help of the Royal Engineers – and restoration work was carried out by MIAG It is now back in working order, and it is occasionally used to print material for the museum.